RINA has published several families of surface propeller . Here the a copy.

For 4 bladed propellers go to the attached literature.

Item Details:
These units of Levi Surface Drive LD 320-350 with Propeller ­­­­­is available for sale.

Details are listed below:

This Levi Surface Drive is for a boat (Single or Multihull) about 16-18m. The desired speed is around 32-34 knots. There will be 2 units Installed. The marine engines suitable will have 750 – 900 hp.

Units were built for a 16 m fast catamaran ferry. Buyer is responsible for all of the taxes, duties, shipping and handling costs.

This project was done to show some fisherman in Malaysia that that surface propulsion can work economically on their boats. We used a 2. hand park  boat and and marinized 2 Myvi petrol car engines. The idea was to drive the boat with LPG cooking gas.

The Levi Corsair, the ‘Jaguar E-Type of the motor boating world’

Renato ‘Sonny’ Levi, who died peacefully at the age of 90 at his home on the Isle of Wight on November 12, 2016 . He was synonymous with speed on water. His designs dominated powerboat sport both offshore and inshore circuit racing in the latter half of the 20th century.

Born in Karachi in 1926, he studied in France and India before joining his father’s boatyard in Bombay, but it was his victory in the Daily Express Cowes-Torquay offshore powerboat race in 1963 that brought his name to prominence as a successful designer.

While American Ray Hunt was developing the battened, deep vee hull, Sonny was solving an entirely different problem. An approach had been made by the Indian Government Fisheries Dept for a hull which could be launched and retrieved in surf on an open beach. Sonny found his new vee hull would provide the answer. Little did he know this configuration would last a lifetime in his career as a naval architect.

Renato ‘Sonny’ Levi died at home on the Isle of Wight

Vee hulls may have dominated his later designs but the Levi brand without doubt launched what was to become known as the ‘Delta’ configuration. His long, relatively narrow hulls were often given the wedge shape of a delta dart and this was to become his trademark particularly in the area of high performance racing craft.

This distinct shape is easily recognised in the 1966 36ft (10.97m) offshore contender Surfury. While the Levi brand can be seen in a huge number of designs perhaps Sonny will be best remembered for this particular racer, preserved ashore as an example of a perfect high-speed monohull capable of performing well in calm and rough seas.

From the mid-60s to early 70s, his designs dominated other areas of powerboat racing. His narrow monohulls, built by Melly and Merryfield for circuit racing, were virtually unbeatable. Success was confirmed in 1965 when he designed the first monohull offshore racer for the smaller Class III sub-division – a growing group on the British offshore scene at that time.

Powerboat sport was not his only area of success. His range of Triana, Corsairs and Tantarellas sports cruisers became the Jaguar ‘E-Type’ of the motor boating world and still command popular support many years after they first appeared.

Sonny Levi was a man who developed a huge range of ideas which in his early including light aircraft, inflatable boats, cars and sailing yachts. More recently he turned his hand to pure art, creating over 100 canvases. Among his personal achievements, and one which came about through his long history of milestones in design, has to be Richard Branson’s Virgin Atlantic Challenger II which successfully broke the record for crossing the Atlantic Ocean in 1986.

Its success not only reflects Sonny’s enormous ability as a designer of revolutionary high-speed craft; it also proved his forward thinking with transmission systems. This was proved with the Levi Drive Unit, the next generation of the Step Drive, which powered the 37 tonne monster across the Atlantic at a record average of 41.5 knots.

His great contribution to design and innovation was later recognised by his election as a Royal Designer for Industry, the highest Italian accolade in engineering, followed last September by an honorary degree from the University of Genoa.

Powerboat lovers have been given a chance to own a piece of transatlantic history, as Virgin Atlantic Challenger II has… 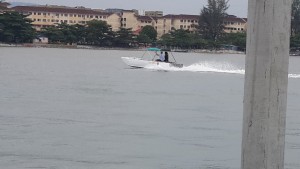 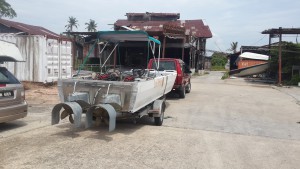 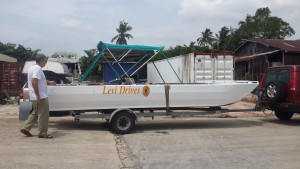 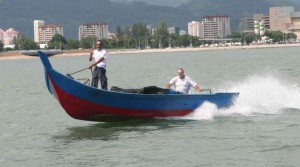 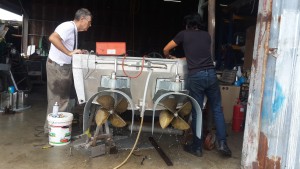 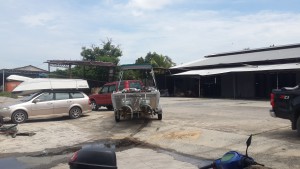 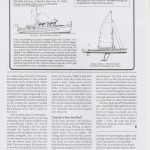